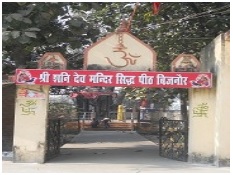 Tourism in Bijnor is exciting and joyful. The city homes a larger number of temples and people of the city are much devoted to God. Pilgrim tours are famous in Bijnor. The transport facility, lodging facility, travel agents service act as a major advantage which promotes tourism in Bijnor. Being the district headquarters Bijnor is visited by many tourists from and around the city. Parks in Bijnor add beauty to the city. The parks are visited by an average number of tourists daily. The state government, nagar palika parishad and few private sectors were in charge of the maintenance of the tourist spots.

Bijnor city is filled with various pilgrim centres. Tourist of all disciplines can visit the pilgrim centres to taste the goodness of idol worship and pilgrim architecture. Many Hindu temples, Buddhist temples, Jain temples, Sai Baba temple, church, mosques are located in Bijnor. In Bijnor, people of multi religion and multi caste reside, they live in harmony besides their communal difference. Since 18th century Bijnor was populated by only Hindus, in the early part of 18th century the Mughals invaded the territory, followed by the Nawabs and Muslims started to settle down in Bijnor and its surrounding areas. At the time of British East India Company formation, Christianity started to spread out all over India including Bijnor. Gautama Buddha after Enlightenment had his first preach in Sarnath, Uttar Pradesh spreading Buddhism in the state. Jainism and Sikhism also started to reach the state. The present Bijnor has people following Hinduism, Islam, Buddhism, Jainism, Christianity and Sikhism, also Bijnor homes many shrines for various religions. Tourists are advised to follow the general rules and regulations on visiting a pilgrim of a particular discipline.

Bijnor holding Hindus as majority population has temples for Lord Shiva, Lord Vishnu, Lord Krishna, Hanuman and many Goddesses. It is considered that the deities in the temple safe guard the people from evil so idol worship is common in Bijnor. Shiv Mandhir, Chanumda Devi Mandhir, Panchmukhi Mandir, Radha Krishna Mandir, Hanuman Mandhir were few temples in Bijnor.

Click Here for complete details on Temples in Bijnor

Bijnor was ruled by Mughals and Nawabs till the British rule. Many mosques were constructed during their rule. They influence the Bijnor culture, architecture, fashion, arts, crafts and much more. The families of the Kings and Nawabs who ruled Bijnor still exist in Bijnor.

The British East India Company rule spread Christianity in Uttar Pradesh. They belong to the list of minority religions in Bijnor. 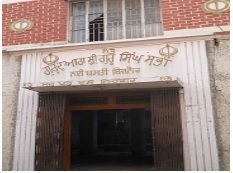 The word Gurudwara is Punjabi which means gate way to the Guru. People of all religion are welcomed in Gurudwara, it also holds classrooms, library and nursery.

Sai Baba was a great saint from Shirdi. People of all disciplines visit Sai Baba temples. The teaching of Sai Baba included both Hinduism and Islam.

Some Jain Trithankars were born in the heritage rich state of Uttar Pradesh but even before that Jainism was very popular in Bijnor. Mahavir used to visit the state to spend the rainy season. 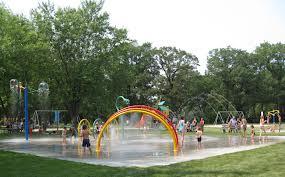 The city is known was the parks and the beautiful gardens in it. Tourist enjoys the parks as a place to relax, play, exercise and admire the lush & green filled in the park. Many varieties of greeneries like bright colouring flower plants, medicinal herbs, crotons and pure green filled lawn can be viewed in the parks. The trees in the parks also homes different varieties of birds.Water fountains add beauty to the park. Tourists are advised not to touch any of the plants in the parks. Most of the parkas are maintained by the Municipal Council of Bijnor which runs a separate garden maintenance department to manage the park and its greeneries. In Bijnor many parks are situated to entertain the people of Bijnor which were named after the great leaders of our nation, they were Sudama Park, Sarojani Park, Indira Park, Subhash Park, Mahatma Gandhi Park and the Central Municipal Park which is established and maintained by the municipal council of Bijnor.