Places to Visit Near Bijnor

Bijnor is surrounded by many tourist attractions which can be reached from the city through roadways or railways. The well versed transport system and the quality highways in Bijnor make easier to travel down to its neighbouring cities. Near Bijnor there are historical forts, popular temples, sanctuaries, ashrams and rivers which are popular among people. 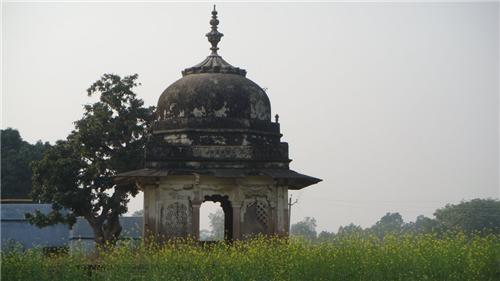 Daranagar was of historical importance during Mahabharata. When the war between Kauravas and Pandavas began, both sides wished to safeguard their wives and children under the protection of Vidur Kuti before starting the war. Since it took much a place to home all the family members of Kauravas and Pandavas Vidur Kuti established an exclusive region which was called as Daranagar.

Sita Temple popularly called as “Sita Mandir Math” one of the most important tourist attractions situated on the Chandpur-Jalilpur Road which is about one km from Nanore village. The temple is built to worship Sita Devi although there is no statue of Sita in the temple. It is a historical place since during the times of Ramayana.

How to Reach Sita Temple

Vidur Kuti is, located at a distance of 12 km from Bijnor, of historical importance where Kanva Rishi Ashram lived besides the bank of River Malini. The great emperor Bharatha, son of King Dushyanta of Hastinapura and Queen Sakuntala was born in Kanva Ashram and spent his early childhood at Vidur Kuti, it is said Bharatha used to play with tiger cubs near the ashram. Our nation was named “Bharat” to honour King Bharatha who ruled most of the parts in India; under his rule happiness boomed everywhere. King Dushyanta saw Sakuntala in Kanva ashram while hunting, where he fell in love with her. It is said Lord Krishna visited Kanva Ashram during the time of Mahabharata. At present due to lack of maintenance the place is in a ruined situation.

How to Reach Vidur Kuti 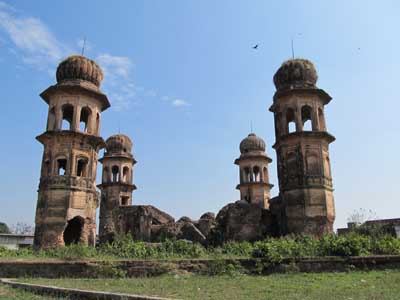 Najibabad popularly called as “Gateway of Himalayas” is situated about 37 km from Bijnor. The city was founded by Nawab Najib-ud-Daulah who is also called as Najib Khan. The famous Nijab-ud-Daulah’s fort is located in this area, it was addressed as Sultana Dakoo’s shelter by the English East India company.

How to Reach Najibabad

Jahanabad is situated 2 km from banks of holy river Ganga and about 13 km from Bijnor. In ancient times this place was under the Mughal rule when a saint who was famous for curing snake bites cured King Shahjahan’s wife who was bit by a snake and got the village Jahanabad as a gift for curing King’s wife.

Ganj is about 12 km from Bijnor on the banks of holy river Ganga was popular for its ancient temples and ashrams. Shakarpuri village located on Najibabad-Bijnor highway is famous for mangoes and sugarcanes. Shaanpur village situated on Najibabad-Haridwar highway was famous for the Indian variety of snacks it manufactures, popular snacks include Sohan Halwa, Namkeen, Sona Papri and many more. Bakerpur Village located on the bank of river Malan is famous for the ancient temple Gogaji where a popular fair is organised every year. Kiratpur, situated on the bank of River Vanaily, is at a distance of 17 km from Bijnor.

Explore more about Tourism in Bijnor