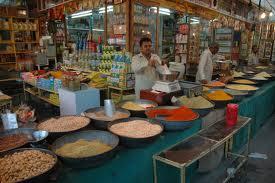 The markets in Bijnor do both whole sales and retail business. The wholesale business is done for the vendors. From the market of Bijnor people can purchase vegetables, fruits, groceries, sweets, dairy products, craft works, spices, pulses and many more. A market does business in open grounds, near main bus stand and near Bijnor railway station so it will be easier for the customer to purchase the products. Malls which are the modern version of markets does business in main city zones inside a big building which are well connected by roadways, in malls each category of products are marketed in separate shops.

The following are the list of Malls in Bijnor:

Explore more about Shopping in Bijnor