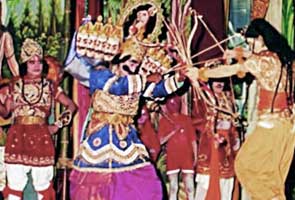 Festivals and functions are the life line for the people of Bijnor which homes multi-regional people who celebrate the occasion with greater joy and enthusiasm. The pre-preparation of festivals include sweets preparation, house cleaning and decoration, whereas the post preparation includes shopping, distribution of sweets and inviting friends & family, all these are done with much joy and care. Prayer and thanks offering to the deity, exchange of greetings are the primary most important feature of a festival.

Diwali “festival of lights”, which is celebrated on remembrance of Lord Rama victory over Ravana and his return to home land with Sita after 14 long years in exile. Diwali indicates the success of moral over immoral, light over darkness. On the occasion of Diwali the people of Bijnor clean their house, decorate it with flowers and beautiful lights. People offer their prayers to Goddess Lakshmi. After puja kids and elders at home play fire crackers day and night. Mouth-watering meals are prepared with delicious sweets and served. Shopping, exchanges of sweets, fireworks and fairs are witnessed among the people of Bijnor. Diwali is one such festival celebrated even by non-Hindus in many parts of the world. Jains in Bijnor celebrate the night of Diwali to mark the accomplishment of Moksha by Mahavira.

Holi “festival of colours/love”, is celebrated on remembrance of demolishing the evil king Hiranyakashipu and his evil sister Holika by Lord Vishu to save his devotee Prahlada, son of Hiranyakashipu, from fire set by Holika to burn Prahalada alive. So the night before Holi starts with a bonfire, during which the people of Bijnor gather together, sings and dances around the fire. The very next Holi is celebrated, people gather in groups on streets and public places and apply dry colours and wet colours on each other, people stain themselves with Holi powder all over their body and enjoys colouring others. People from all walk of life come down to street and enjoy the day of colours with great enthusiasm. Playing musical instruments, singing, dancing and distributing sweets and drinks on the streets of Bijnor is observed on the day of Holi. By evening, people go to visit their friends and family.

Dussehra is celebrated by the people of Bijnor and all part of the country to remember the victory of Goddess Durga over demon Mahishasur and victory of Lord Rama over Demon Ravana. It is a ten-day festival, during first nine days Navratri is observed; many plays based on Ramayana “Ramlila” are performed on streets and temples of Bijnor and the tenth day is celebrated as Dussehra on which epithet of Ravana is burnt. The 20th day followed by Dussehra is Diwali. The fourth day of Dussehra is Karva Chauth, where the married women for Bijnor fasts and pray for the betterment of their life partners.

Muharram marks the first month of Islamic lunar calendar. Muslims in Bijnor fast during Muharram. The tenth day of Muharram is called the Day of Ashura, the day on which Bijnor Muslims mourn for the death of Hussein ibn Ali.

Ramadan marks the ninth month of the Islam calendar, during which the Muslims in Bijnor and all parts of the world fasts and spends more time in prayers, visiting mosques and reading holy Quran. The Bijnor Muslims celebrates Eid al-Fitr on the end of Ramadan month by breaking the fast and feats themselves with sweets and delicious foods.

Explore more about Culture in Bijnor