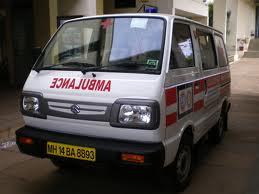 Ambulance is a transport for sick and injured patients to reach the hospitals quickly to get timely medical aid.

The following are the list of police station in Bijnor

Fire service protects people from fire accidents and it employs well trained fire fighters who fights fire and recuse people and property with the help of firefighting equipment.