Bijnor being a municipal board and the district headquarters holds a population of 115,381, one of the populated cities of Bijnor district. The district is one of the 17 grouped divisions under the state government. 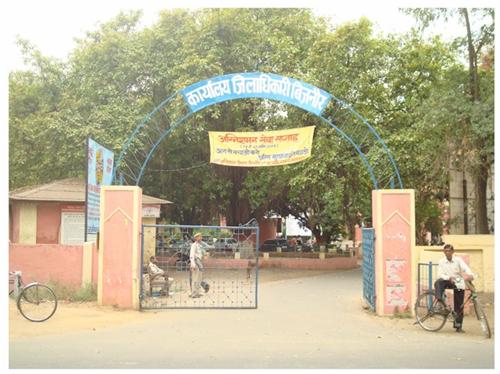 District magistrate controls the whole Bijnor district and he is officially in charge for all the activities and issues happening in the district. The magistrate holds his office and residence in the district headquarters Bijnor city. Ajay Deep Singh is the Bijnor district magistrate from Feb 2013; the Magistrate controls the law and order in the district and implies the government policies and orders/rules in the district. Other important functions of the magistrate are collecting revenue, maintaining land records, land acquisition, refugee settlement, providing necessary aid during natural calamities, maintaining proper pay accounts, implementing government programs, conducting all types of elections peacefully and making public consumable products available to the public. For details on Bijnor administration, click here

Bijnor district is divided into five sub divisions Sadar, Chandpur, Dhampur, Nagina, Najibabad. The area under each sub division also includes tehsil area, thus Bijnor district has 5 Tehsil, which comes under the power of SDM. Also in each tehsil there is a Tehsildar who is assisted by an additional Tehsildar and a Nayab Tehsildar. Tehsildar performs as a second level magistrate in a Tehsil and he helps the SDM in revenue collection. Tehsildar also controls the sub treasury office where he is assisted by a Kunoongo and a Lekhpal. The main functions of a Tehsildar are due collection and land record maintenance.

The various administrative departments that work for the people welfare are the rural development agency which identifies the families in Bijnor living below poverty line, fisheries department works for the benefit of fish farmers, Bal vikas works for the improvisation of nutrition and health of children under six years of age in Bijnor, employment office involves certificate registration and notifying vacancies to the unemployed people in Bijnor, sports office identifies the sports talents and provide proper training, saving office posts honest and hardworking people in Bijnor as agents, minority office provides scholarship, loan and margin money scheme for Muslim, Sikh,, Christian, Boddh and Parsi people in Bijnor, backward welfare office provides scholarship for backward students, chief medical office records various health issues and upgrades the health facility in the city.

Officers in charge of Bijnor Administration

Other than the DM, ADM, SDM and Tehsil there are other important officers who play a vital role in administration and development they are chief development officer, Chief medical officer, PWD officer, district information officer, Minority welfare officer, probation officer, school inspector, agriculture office and many more who contribute for the welfare of the Bijnor people.